Henri Kastler, founding member of the Academy of Philately, a notary by profession, had a remarkable personality who imposed him from the outset as president at the constituent general assembly, a post he kept for 28 years until his death in 1957 at the age of 94. 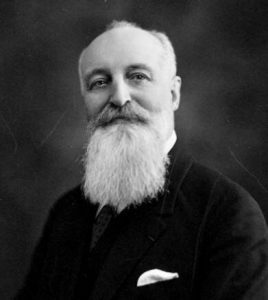 Henri Kastler – Founding President of the Academy of Philately.

He signed the ROLL in Birmingham in 1947. He had fabulous collections, which he preferred to exhibit “out of competition”, as the difference was great with other exhibitors. He had particularly collected his region of origin, Alsace-Lorraine, and published a series of studies that are authoritative on this subject. Henri was 1st holder of seat no 15, Dec 19, 1928 to May 13, 1957, and (1st) President from December 19th, 1928 to January 13th, 1957. I believe that Henri was a Wahlern Kastler.