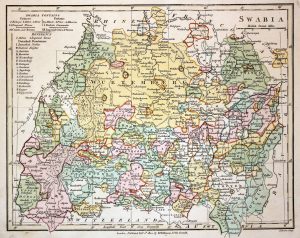 Swabia’s name is derived from that of the Suebi, a Germanic people who, with the Alemanni, occupied the upper Rhine and upper Danube region in the 3rd century AD and spread south to Lake Constance and east to the Lech River. Known first as Alemannia, the region was called Swabia from the 11th century. The Franks under Clovis mastered the Alemanni about AD 500 and governed them by the Lex Alemannorum, a code based on Alemannic customary law. By the 7th century Irish missionaries began to introduce Christianity. Centres of Christian activity included the abbeys of St. Gall and of Reichenau and the bishoprics of Basel, Constance, and Augsburg; most Swabian sees came into the archepiscopal province of Mainz.

Swabia was one of the five great Stamm (stem, or tribal) duchies of earlier medieval Germany—with Franconia, Saxony, Bavaria, and Lotharingia (Lorraine), and was held by successive families. Rudolf of Rheinfelden, duke in 1057, was set up as German king in 1077 in opposition to Heinrich IV, who in 1079 appointed the rebel’s son-in-law, Friedrich I of Hohenstaufen, duke of Swabia. Friedrich’s grandson was elected German king as Friedrich I. Barbarossa (1123-1190) in 1152, and Swabia remained a dynastic possession of the Hohenstaufen until the extinction of their male line in 1268. Thereafter, local nobles, especially the counts of Württemberg, appropriated the ducal and royal lands. The German king Rudolf of Habsburg salvaged parts of the duchy for his son, Rudolf II of Austria; but by 1313, with the death of the latter’s son, the ducal title fell out of use.

In the late European Middle Ages the so-called Swabian leagues played an important part in changing struggles between cities supported by the Holy Roman emperor, territorial magnates, and petty nobility. In 1321, in the first league, 22 Swabian imperial (free) cities, including Ulm and Augsburg, banded together to support Emperor Louis IV in return for his undertaking not to mortgage any of them to a vassal; Count Ulrich III of Württemberg was induced to join them in 1340. In opposition, the Swabian knights in 1366 formed their own league, the Schleglerbund (from the German Schlegel, “Mallet,” or “Hammer,” on their insignia). In the ensuing civil war, Eberhard II, Ulrich III’s son and successor, joined by the Schleglerbund, defeated the Swabian cities in 1372.

Ulm organized a new league of 14 Swabian imperial cities in 1376 with the aims of protecting the members’ status against the threat of mortgaging and safeguarding their commercial interests. In 1377 this new league defeated Eberhard II’s son Ulrich at Reutlingen, and it was a force in southern Germany until Eberhard II defeated it in 1388. In 1395 Eberhard III of Württemberg toppled the Schleglerbund by taking its fortress at Heimsheim.

In 1488 a new, more comprehensive Swabian league was formed, at Esslingen, not only of 22 imperial cities but also of the Swabian Knights’ League of St. George’s Shield, bishops, and princes (Tirol, Württemberg, the Palatinate, Mainz, Trier, Baden, Hesse, Bavaria, Ansbach, and Bayreuth). The league was governed by a federal council of three colleges of princes, cities, and knights calling upon an army of 13,000 men. It aided in the rescue of the future emperor Maximilian I. (1459-1519), Frederick III’s son, held prisoner in the Netherlands, and later was his main support in southern Germany. It helped to suppress the Peasants’ Revolt (1524–25). The Reformation caused the league to be disbanded in 1534.

The name of Swabia was perpetuated in that of the Swabian Kreis (“circle,” or administrative district), one of the zones into which Germany was divided, from the 16th century onward, for purposes of imperial administration. First organized in 1500, the Swabian Kreis was fully established in 1555 and lasted until the dissolution of the Holy Roman Empire in 1806. There was also a Swabian Bench of Cities in the old imperial Diet (Reichstag). 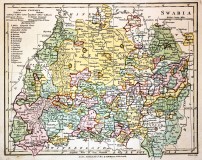 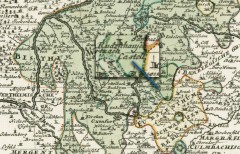 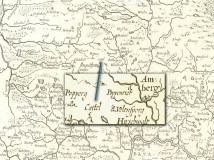