This is the story from Ambros Kastler. He was born in 1953 and grew up in Klam, Austria, a small town north of the Danube – around 50 km from Linz. After his school days he studied German and geography and was a teacher in a secondary school for 40 years. As of the date of this post, he is retired and currently living with his wife in Baumgartenberg, Austria. 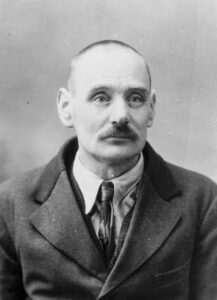 “My family history or the family tree of our family extends to my paternal great-grandfather, Josef Kastl, born on December 27, 1852 in Buchers (Czech: Pohoří na Šumavě). Buchers is a place on the Czech – Austrian border, which at that time belonged to Bohemia, i.e. to the Austrian Empire. This area on what is now Czech soil was German-speaking and the population consisted mainly of Austrians. After World War II, the German population was expelled from Czechoslovakia and the place fell into disrepair. Josef had siblings, however I don’t know how many. According to a chronicle, there were many people in this place who had the name Kastl. See also – Bucherser Heimat Verein“.

“Josef began an apprenticeship as a hammer smith near Freistadt when he was 18 years old. In the following years he worked as a hammer smith in various places in Upper Austria. In 1881 he bought an old hammer forge in Klam, married and settled there. In the course of the marriage, he expanded his name from Kastl to Kastler. Josef died in 1943 at the age of 91. At the beginning of the 20th century, his son, also named Josef Kastler, took over the business until 1946. From that year my father continued to run the hammer mill until 1958. In the same year, the hammer mill was sold by my parents. They moved from Klamschlucht to Markt Klam, bought a house there and started a new life with a general store.”

Another member of this family, Hans Kastler, is a sculptor in Munich, Germany. You can see his website at Bildhauer Hans Kastler.

Research is in progress for this family. It may be that these Kastlers are related to two of the other Kastlers in Austria that have taken DNA tests. There is one Kastler from Bratislava, Slovakia who believes he has roots in the “Austrian Kastlers” clan. Another hails from upper Austria, and does not match the one from Bratislava, so this may be the one who matches this family. A DNA test is in progress to see if there are any matches.

The first official record of Buchers dates back to the year 1524. It only referred to the little creek that emerged from the dense beech forests of the Fagosilvanum. In 1693 the owner of the Gratzen estate, Philipp Emanuel Graf Buquoy, had a glassworks built near Schanz.

In 1758 the first houses were built along the road to Freistadt. Soon thereafter a manorial brewery, a distillery and a hammer mill were built in this “Straßendorf” (a village consisting of a row of houses left and right along the road). During the long winter months, reverse glass painting and glass gilding developed as a sideline to agriculture, which soon spread from Buchers to the towns of Gratzen and Sandl . The glassworks was shut down in 1774. In 1779 a small wooden chapel was erected, which, between 1783 and 1791, was replaced by the baroque church of Jungfrau Mariä des Guten Rates. In 1791 the village was promoted to the status of market town and received a coat of arms.

In 1890 the entire community consisted of 186 houses with 1,323 residents, of which 1,077 were Germans and 276 Czechs. In 1910 Buchers had 706 residents (without suburbs), which increased to 1,055 by 1921. Most of these were Germans. In 1923 the Czech name Pohoří na Šumavě was invented and officially introduced, which, from a geographical point of view makes no sense, since the town is not located in the Böhmerwald (Šumava).

After the annexation to the “Deutsche Reich” in 1938, it came as part of the Landkreise Kaplitz, to the Reichsgau Oberdonau. In 1945/1946 all Germans were expelled, and in 1947 Slovaks from the area around Miskolc were resettled here, but the town was largely demolished over the following years. In 1950 there were only 72 residents left in Pohoří na Šumavě, as well as a mere 23 houses of the original 172 (1921). In 1955, the Iron Curtain completely isolated the town and it was abandoned. In 1978 Pohoří na Šumavě did not have a single permanent resident anymore, and most of the remaining houses had been destroyed by the army. 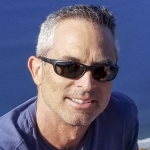